Macaw Mountain Bird Park and Nature Reserve opened in late 2001 as a care facility for donated and confiscated birds, hoping to support them with receipts from tourist visits. After an expectedly slow beginning visits accelerated, as did bird donations, and the number in the inventory climbed from an initial 90 to current average levels of 250-300 birds.

As the park developed, the mission began to change from simply caring for unwanted birds of over 30 species, over incorporating a strong environmental education component, to the present additional focus on “rescue and release”. The rescue element has grown significantly in the last seven years with the macaw liberations. The park’s reputation has been enhanced, resulting in more donations, and our coordination with Honduran wildlife authorities has greatly increased. Almost all avian confiscations are now being passed on to Macaw Mountain for evaluation, rehabilitation and, if physically possible, incorporation into a future release group. 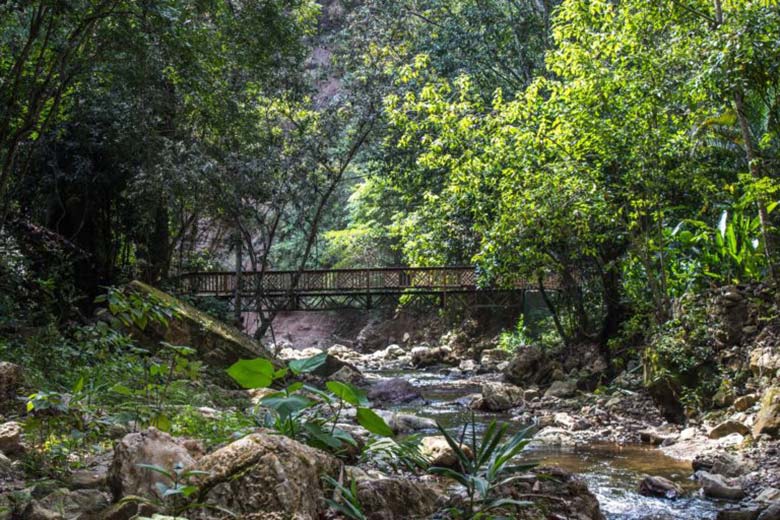 The reality for Scarlet Macaws is that only 30-40 percent of incoming birds are able to fly, 10-20 percent can be paired for breeding, and the rest become part of the long-term care group. The expansion of our relationship with the Institute of Forest Conservation (ICF) has also meant a significant increase in the number of other species received such as a variety of Amazon parrots, parakeets, toucans, and raptors. These increases have put greater financial and operational pressure on Macaw Mountain which has included them in the growing liberation programs.

The evolution of Macaw Mountain’s role in Honduras and the positive response to the Scarlet Macaw releases has created a demand for similar efforts in other parts of the country. With the costs primarily supported by the park’s tourism receipts it has run against a financial and operational barrier. PRO-ALAS is the mechanism that can utilize the developed model to expand the success in Copán to other suitable areas of the country and assemble the funding to make it possible.

PRO-ALAS will utilize the existing facilities and expertise of Macaw Mountain without having to recreate them and focus on the outreach possibilities of releasing and re-introducing species to distant areas they once inhabited. As an NGO, PRO-ALAS will be better able to cooperate with conservation and zoological organizations outside of Honduras and provide a highly credible partner for them to interact and team with.

PRO-ALAS will make it possible for the successful macaw release program developed in the Copán Valley to go nationwide within Honduras and to make a positive impact regionally too.

PRO-ALAS will use its initial 6 months to establish a solid presence in Honduras developing operational agreements with ICF, Macaw Mountain, MiAmbiente and the different district attorney in charge of environmental matters (“Fiscales de Ambiente”) to facilitate efficient rescue and care of the birds. The cooperative alliance will make future rescue and release efforts more timely and cost-effective.

PRO-ALAS will work to quickly establish name recognition and a reputation for seriousness within the Honduran media, on social media and on the internet. Direct contact will be made with conservation and bird-related entities both regionally and further abroad. The release programs developed by Macaw Mountain and their track record of establishing healthy, reproducing populations of Scarlet Macaws will provide a solid base for PRO-ALAS’s efforts and credibility, and should justify significant support. PRO-ALAS was created to continue the repopulation successes of Macaw Mountain, to replicate them well outside of Copán and amplify their impact as a tool for environmental education regionally.